Gibson / Martelli & Peut Porter’s Bine Roth are heading with performer Hannah Burfield to DeMontfort University in Leicester where they have been invited to work in the MoCap Lab as part of an RSC ‘Audiences of the Future’ research project. For the investigation, the team will be putting together some new tools that are being developed for creating new audience experiences in the immersive space.
The background to the research is four interlocking projects – an immersive performance and three soon to be released software tools.
DAZZLE is an immersive experience where VR users can see and interact with a performer in VR, taking its look and feel from WW1 Dazzle camouflage.
MotionRiver, is a new, open-source live-streaming performance capture tool that has been funded by the UKRI. This tool is designed so that dancers can be streamed live to virtual reality users at home. In conjunction is another new tool, ChoreoVR developed with Rich Hancock and Peter Golebiewski which shows the audience’s point of view to the remote performer. The last cutting edge new tool InteractML, a new open-source machine learning toolkit to enable gesture-based interactions. Hannah will train the system to recognise some of her key movements and then respond in turn, altering visuals for the audience and giving agency to the performer to guide the experience. During the residency, we are also testing some innovative mocap wear that Bine has developed. 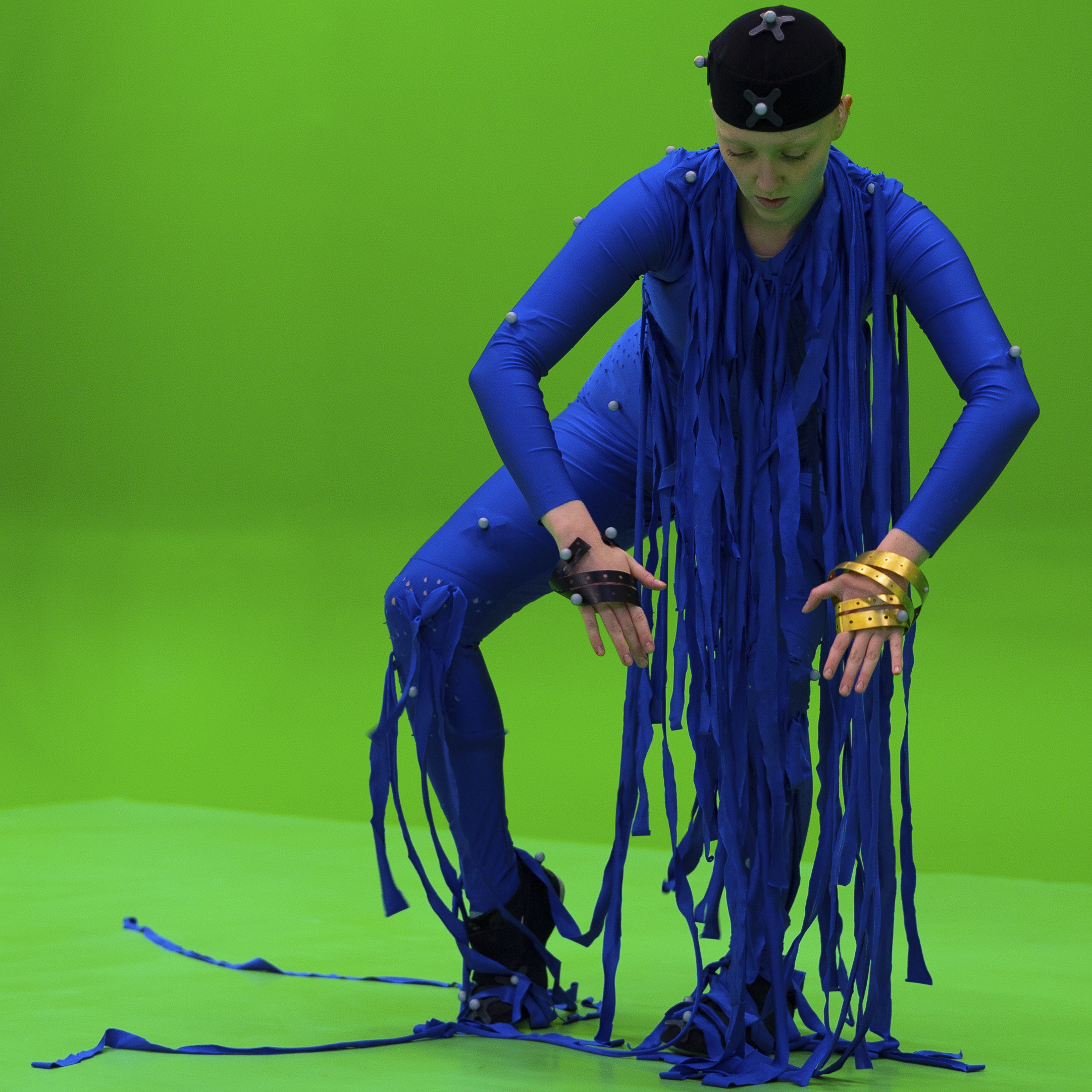 Hannah in the mocap lab 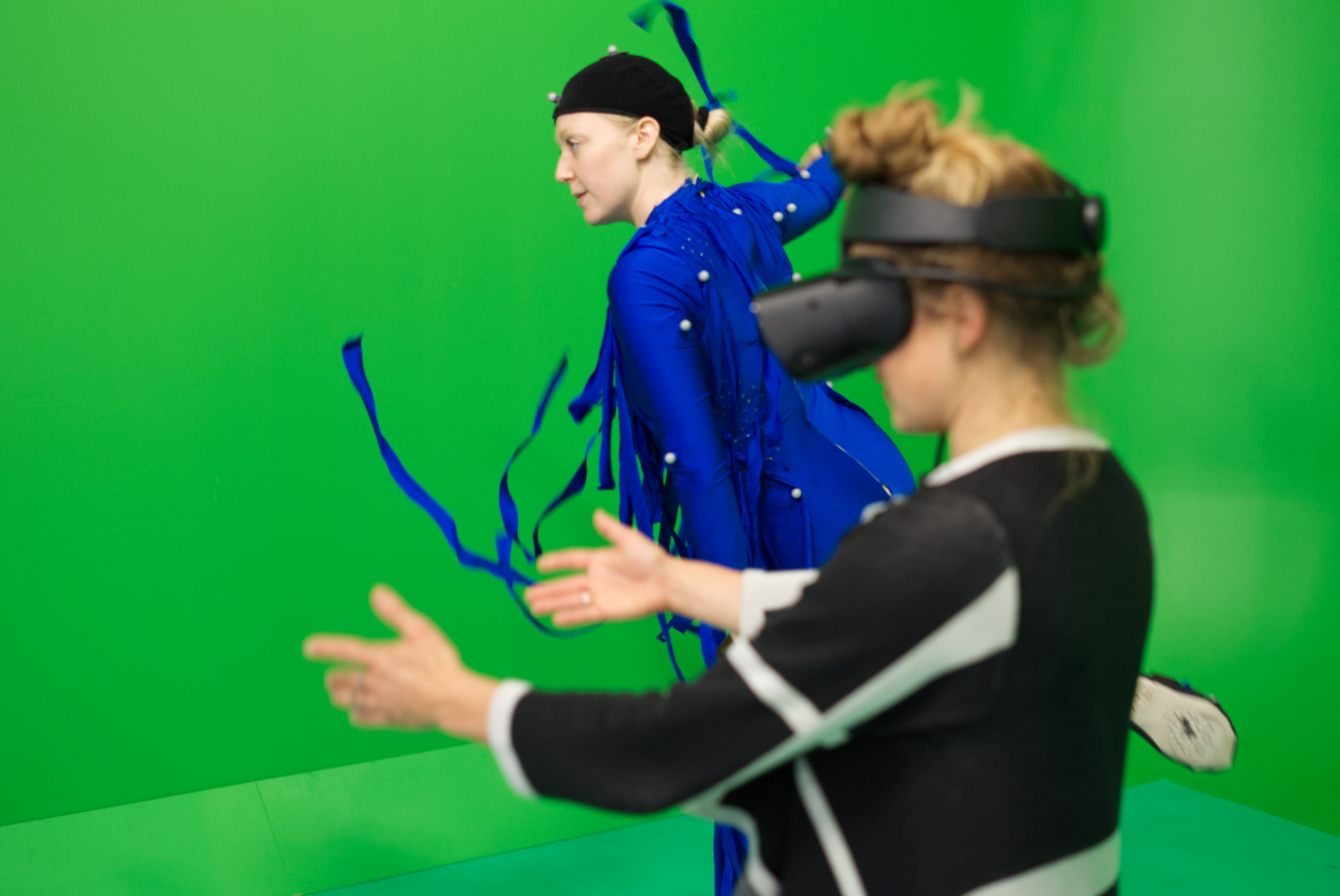 Hannah and Bine in the Mocap lab